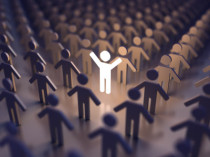 Our Statement of Beliefs:

Based on these beliefs, BNCN upholds the following values in its work:

BNCN has adopted the following definitions of terms commonly used with regard to our members to be sure that we all mean the same thing when we use them.

Migrant: A migrant is a person who has moved from one country to another by chance, by plan or by the action of others. This includes people who have moved to the UK in search of work, to study or to visit, or in search of permanent settlement.

Refugee: A refugee is a person who has come to the UK, seeking refuge. This includes people fleeing personal danger, through times of war, or to escape political oppression, or religious persecution.

Community: In this context we take it to it mean: Any group of people who share a common geographical location of origin (for example Africa, India, Eastern Europe) or a common ethnic or cultural background (for example Arab, Brahmin caste, Han Chinese), or a common feeling of shared identity based on political, religious or social classification (for example Christian, Stateless), or people across communities of origin or identity who share common interests and/or values (for example women, gay people or young people).

New community: A new community is one which has begun to settle in significant numbers in a particular location within the last 50 years and has formed a natural focus for shared activity and needs, within that area and distinct from the host communities activities and needs.

Host community: The wider community made up of the ‘indigenous’ population, other communities which are long established and other people who have settled within the host community and integrated into it culturally. The host community is not homogenous, however it is able to organise effectively to get its own diverse needs met and to form links with local power structures such as local and central government.