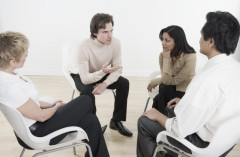 This programme is managed by an advisory panel which consists of BNCN, the University of Birmingham, Enterprising communities, BE Birmingham (Birmingham’s Strategic Partnership), Enterprising communities, The Digbeth Trust. It arranges for community activists from within the network to become trained and accredited community researchers, they are then able to secure paid employment.

This programme runs the “New Communities Championship”, in which teams from refugee and migrant communities compete against each other. In the long run, this league aims to integrate with other leagues, allowing friendly competition with teams from the host community.

Birmingham Strong Communities Project was a collaborative project funded by Capacity Builders. The Project aimed to support excluded groups across Birmingham including:

The Project ended in March 2011. The partnership was made up of:

The partnership was funded by Capacity Builders. BNCN had staff / volunteers available at The Wardlow Road Centre and The Piers Road centre.