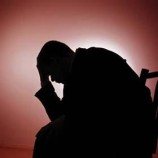 "They do not understand the problem I have"

Now you will hear some of the stories that Community Researchers in Birmingham collected about the mental health experiences of refugees in their communities. The stories are read by three of the community researchers who worked on the JRF Making a Difference Project.

Ranging from simple emotional struggles to complex psychological diseases, mental illnesses affect a large portion of African refugees at some time in their lives. These problems were uncovered during JRF Mental Health interviews by the Community Researchers. They found an upswing in the number of refugees struggling with depression, suicide, poverty, detention, and prisons.

This is the story of Mrs S

I came to the UK from Africa when I was 45 years old. I worked as an accountant in my country for 25 years. When I ran away from there I lost everything including all my savings. It took me seven years to be allowed to stay in the UK. All those long years of waiting for a Home Office decision left me mentally depressed. During that time I had to live on vouchers, I was isolated, and I had no contact with my family.

Every time when I visited my GP I came back with counselling leaflets or brochures and paracetamol. I am now 52 years old and I can not work because of my mental problems, poverty, and because I feel too old to look after my family back home.

Like many others Mrs S finds it hard to talk about her problems. Many refugees see mental illness as a stigma. They say "we have already lost our relations, left our homes and lands. Should we now admit that we lost our mind‘?"

A common belief is that a diagnosis of mental disorder makes the person's image worse in the eyes of surrounding people and can negatively influence his or her future (for example, his or her marriage or employment). Another reason for avoiding psychiatrists is the fear of forced treatment and placement in a psychiatric hospital.

Read the other stories: